Jack Delano was a photographer for the FSA. Born Jack Ovcharov in the Ukraine, Delano emigrated to the USA with his family in 1923. His obituary, from 1997, is online.


A prisoner dancing while another plays the guitar at a prison camp.
Greene County, Georgia, 1941

Dancing to the music of Red Saunders and his band at the Club DeLisa,
Chicago, Illinois, 1942

Family living in the "crackerbox" slum tenement in Beaver Falls, Pennsylvania, 1940
I like the framing of the adult members of the family in the mirror.
Note the monogrammed pillowcase on the bed! 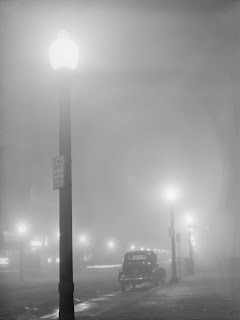 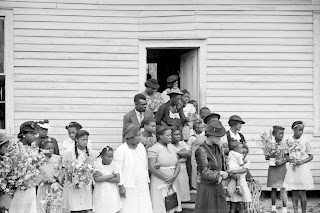 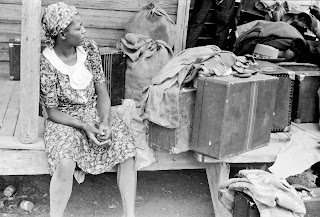 Georgia migratory agricultural worker waiting for the truck which will take her to another job
at Onley, Virginia. Near Belcross, North Carolina, 1940 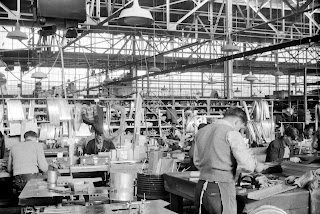 In the Vought-Sikorsky Aircraft Corporation, Stratford, Connecticut, 1940
Posted by rfdarsie at 3:07 PM No comments:

Ben Shahn was a Lithuanian-born photographer who worked for the Farm Security Administration. He had a strong social conscience and attempted to show, through his photographs, the effects of hard times on the lives of his subjects.

But this set focuses on people playing music. I only wish I had recordings of them! 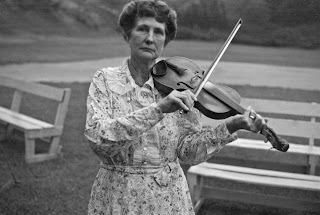 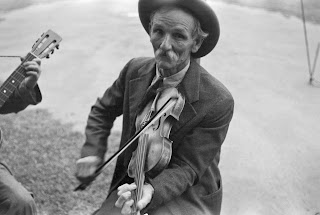 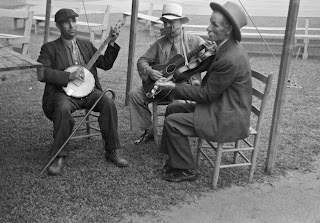 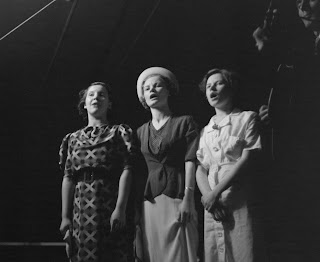 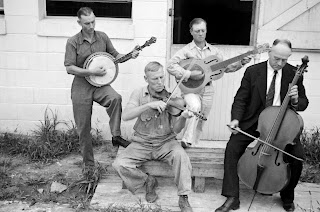 Practising for the Westmoreland Fair, Pennsylvania, 1937 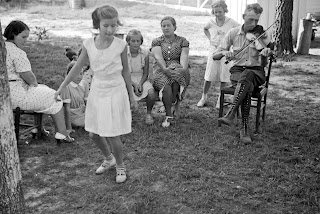 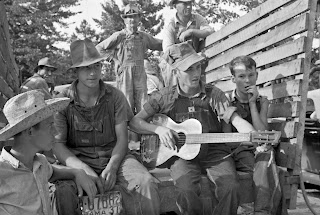 Young musician at Skyline Farms, Alabama, 1937
Posted by rfdarsie at 3:31 PM No comments:

Here's another set of photos by Russell Lee of mothers and their children. 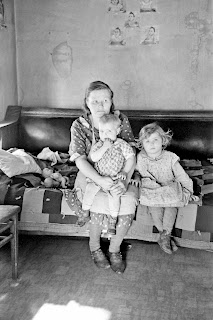 Mrs. Paul Rauhauser and two of her seven children in their home at Ruthven, Iowa, 1936 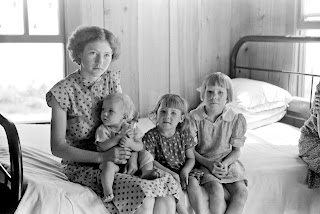 People living on river side of levee, Caruthersville, Missouri, 1938 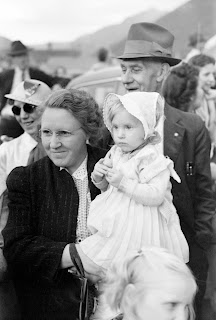 Spectators at the contests for miners at the Labor Day celebration, Silverton, Colorado, 1940 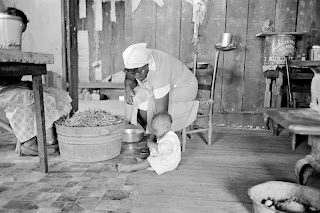 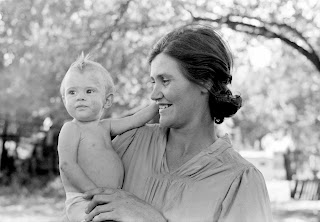 Wife of carpenter and her baby who live in community camp, Oklahoma City, Oklahoma, 1939 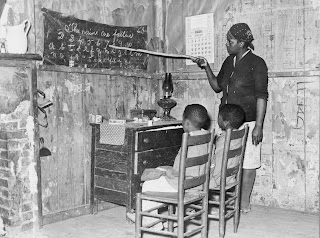 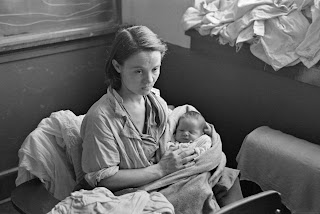 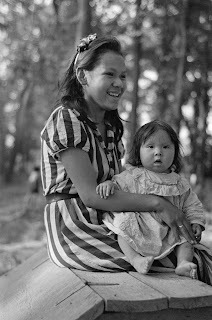 Young Indian mother and baby, blueberry camp, near Little Fork, Minnesota, 1937
Posted by rfdarsie at 10:14 AM No comments:

George Grantham Bain was a prolific photographer in the late 1800s and early 1900s. He founded a news photography agency. Over 40,000 Bain service photos can be seen in raw form at the Library of Congress. 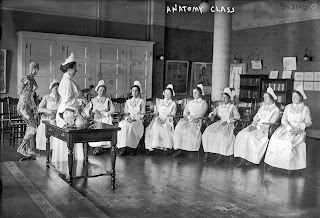 Babe Ruth and John McGraw, 1923
[Here are two of the most iconic figures in baseball history.]

East Side women discussing price of meat during meat boycott, 1910
[The 1910 meat boycott, to protest high prices,
began in Cleveland, Ohio and spread across the nation.] 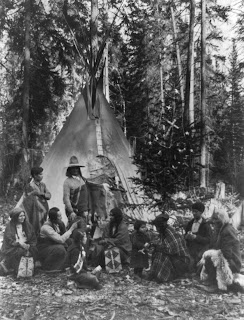 Flathead Indians holding family gatherings on the west side of Glacier National Park
Posted by rfdarsie at 9:17 AM No comments:

Edwin Locke was another FSA photographer.

Great expression on the face of the woman receiving the inoculation!

Young flood refugee in the camp at Forrest City, Arkansas, 1937
Posted by rfdarsie at 2:38 PM No comments:

Here's another set from Russell Lee. Mother with their children. There's something very primal about all of these images.

Mexican mother and child in home. Crystal City, Texas.
This woman had given birth to baby on bed while she had an advanced case of gonorrhea, 1939

Mexican woman and son looking out of window into corral, San Antonio, Texas, 1939