Children who sold newspapers on the street in the early 20th century were called "newsies". Lewis Hine took many pictures of these kids as part of his crusade against child labor.

A few years prior to Hine's photographic activities, there was labor unrest among the newsies: the Newsboy Strike of 1899. A very interesting forgotten episode in American labor history.

A gang of newsies at the office of "Every Evening." "Everybody in this gang sells."
Wilmington, Delaware, 1910 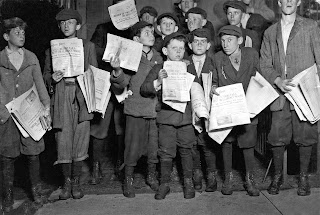 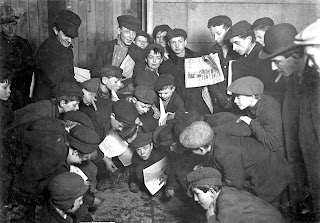 Amusing themselves while waiting for morning papers, New York, 1908 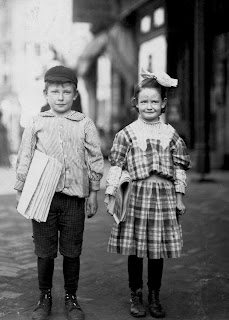 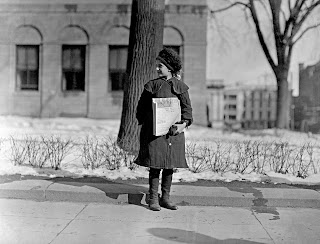 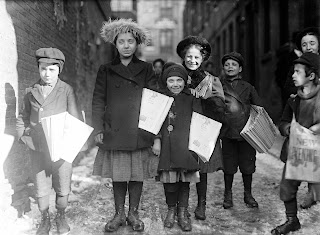 Girls coming through the alley. The smallest girl has been selling for 2 years.
Hartford, Connecticut, 1909
Posted by rfdarsie at 9:40 AM